In one of the most brazen power grab in recent Philippine history, the Marcos-Duterte clique stole the May 9 national elections by rigging the Comelec’s automated election system, vote-buying, armed coercion, systematic disinformation, mind manipulation, political deceit and historical distortion.

The campaign was run by big-ticket PR firms running media campaigns and social media troll farms, funded by Marcos’ ill-gotten wealth and Duterte’s state funds, and financial contributions from big business tycoons, big landlords, political dynasties and warlords. Under the pretext of counterinsurgency, military and police units were used to actively campaign for Marcos and Duterte.

The dictator’s son, Ferdinand Jr., is set to assume the presidency, while the tyrant’s daughter, Sara Duterte, is set to become vice-president. In the eyes of the Filipino people, the incoming Marcos-Duterte regime is an illegitimate regime established on the foundations of electoral fraud and deceit.

The Filipino people anticipate that, like his tyrant father, Marcos Junior will establish a despotic and corrupt regime that will be at the behest of imperialism, feudalism and bureaucrat capitalism, and which will cause gross suffering on the broad masses of the people. He is set to become chief of the neo-colonial state under US imperialism and oversee the further aggravation of the semicolonial and semifeudal system.

The Marcos-Duterte clique represents the worst of the tyrants, fascists and corrupt bureaucrat capitalists of the ruling reactionary classes. Marcos Junior is an unrepentant beneficiary and defender of the 14-year Marcos fascist dictatorship (1972-1986). He combines with Sara Duterte, a power-hungry authoritarian who ruled Davao City with military and police power.

To pave its way back to Malacañang, the Marcoses used its billions of pesos of illegally acquired wealth to capture local political power in Ilocos Norte and Leyte, run and win seats in the reactionary congress, and reestablish and cultivate political loyalties and financial ties with the big bourgeois compradors and foreign banks. Their steady return to power was allowed by successive reactionary regimes since 1988 under the advice of their US imperialist masters with the aim of ironing out factional conflicts.

The Marcoses used their renewed political clout to carry out a widespread campaign of disinformation to distort or delete historical records. Over the years, they sought to whitewash the crimes of plunder and corruption, and gross violations of human rights perpetrated during the Marcos dictatorship. The Marcos’ scheme to return to Malacañang was boosted over the past six years under Duterte who authorized the hero’s burial for Marcos, repeatedly praised his dictatorial rule, claimed that the Marcoses have no ill-gotten wealth, and finally connived to rig the elections.

The results of the elections were manipulated to make it appear that Marcos won a “landslide” victory in order to overshadow the fact that millions across the country joined mass demonstrations to reject the Marcoses and support the political opposition. It aims to give his regime a veneer of “legitimacy.” In classic Hitlerite fashion, the lie of the Marcos “landslide victory” was deliberately made so colossal to make people think it could not be such a gross distortion of the truth.

With the aim of preserving the stability of the ruling system, majority of the reactionaries, their political parties, the US imperialists, the military and police, and big bourgeois compradors have now all turned a blind eye to the systematic election steal and gave their recognition to a Marcos II presidency. They all wish to stabilize the ruling system, and have the interests of the ruling classes protected and promoted under Marcos.

A Marcos II regime promises to be a continuation of the past six years of tyrannical rule, state terrorism and puppetry to foreign imperialist powers, and a return to the Marcosian-levels of corruption and plunder, 50 years since Marcos Senior declared martial law and established one-man rule in 1972. Its emergence through deceit and fraud is a clear indication of how the moribund ruling semicolonial and semifeudal system is rotten to the core and dominated by the vilest of the reactionaries.

Marcos Junior is the greatest apologist of his father’s one-man dictatorship and their family’s corruption. He is expected to be no less a tyrant and thief. He and his family belong to the top-ranks of the bureaucrat capitalists who have accumulated scandalous amounts of wealth by serving as agents of the imperialists, and the ruling classes of big bourgeois compradors and big landlords.

For the Filipino people, the impending six years of Marcos rule is set to become a period marked by rapid socioeconomic deterioration, intense hardship and oppression, and heightened political repression. They have no other recourse but to defend their democratic rights and interests through all forms of struggle.

The looming menace of six years under Marcos Junior compels the Filipino people and their democratic, progressive and patriotic forces to strengthen and multiply their ranks. It is also generating conditions for strengthening the revolutionary armed struggle as the people, especially the youth, are being roused in numbers to join the New People’s Army.

Tasks under the Marcos II regime

The Marcos-Duterte power grab through deceit, fraud and automated stealing of the May 9 elections are stirring the Filipino people to rise up and defend their democratic rights and welfare through all forms of struggle. The Party calls on the Filipino people and their revolutionary forces to carry out the following general tasks.

Wage a broad democratic resistance against the illegitimate regime of Marcos Junior that was established on the basis of systematic fraud and violence. Build the anti-Marcos and anti-Duterte broad united front of all democratic forces. Mount an international campaign to expose the Marcos II government as an illegitimate regime.

Resist all policies of the Marcos II regime that promote authoritarianism, state terrorism, corruption and puppetry. Resist all policies that impinge on the people’s basic democratic rights, including the right to organize, peaceably assemble, press freedom, academic freedom and so on.

Campaign against disinformation and attempts to reverse the people’s historical judgement against the Marcos dictatorship. Wage an educational campaign and cultural revolution to help the people, especially the youth, recall and never forget the crimes perpetrated against the Filipino people by the 14-year US-Marcos dictatorship, and how the people courageously and militantly resisted through all forms of struggle.

Carry forward the fight for justice for all the victims of human rights abuses under the Duterte regime. Support the push for the investigation and prosecution of Rodrigo Duterte before the International Criminal Court, and the demand that he be punished for the innumerable cases of extrajudicial killings, abductions and torture perpetrated by police and military forces in the course of the sham war on drugs, as well as in the brutal counterinsurgency war in the countryside.

Fight to end the militarized state and push for the dismantling of the NTF-Elcac. Demand the removal of all former military officers in the bureaucracy.

Strengthen the local and international campaign to end the US-sponsored aerial bombing campaign, military presence in communities, “surrender” drive and other tactics that systematically target civilians.

Build and strengthen workers unions and all other forms of democratic mass organizations in schools, offices, workplaces, in urban and rural communities, in order to collectively push for their democratic rights and welfare.

Arouse, organize and mobilize the broad masses to raise the demand for wage increases, better working conditions, an end to contractualization and other forms of flexible labor, genuine land reform, increased state spending for public health and education, an end to all-out import liberalization and smuggling of agricultural goods, respect for the ancestral land and the right to self-determination of national minorities, an end to aggressive entry of mining operations and expansion of plantations, and so on.

Fight to defend the country’s national sovereignty against US and Chinese intervention. Demand an end to Chinese intrusions into Philippine maritime territories. Demand the pull-out of all American military forces and advisers, the dismantling of US military facilities, and the removal of all US prepositioned military weapons across the country.

Conditions have become exceedingly favorable for the further intensification of the people’s democratic revolution through protracted people’s war. In this civil war, the enemy wants to crush the people’s armed resistance against fascist oppression. The people and the revolutionary forces have no choice but to do their best to defeat and destroy the armed counterrevolution.

Party cadres and all revolutionary forces must persevere and untiringly strengthen the Party, the New People’s Army and all other revolutionary mass organizations in order to advance the struggle for the national and social liberation of the people. 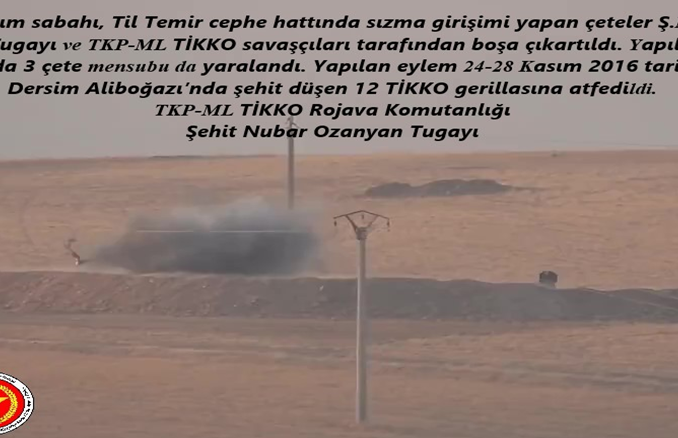 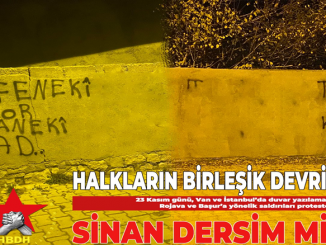