Support the Self-Organization of the Armenian People!

Give Voice to the Children of the Genocide!

Today, the opportunity for all peoples to live together in the autonomous territories of North-East Syria has emerged in the Middle East. Like other peoples, Armenians also fought against ISIS reaction in these lands and defended their homes. The children of the Genocide today organize both their military power and their people in a military battalion and a social council. These lands, which ensure the common life of the peoples, are under the threat of many states, especially the Turkish state. As the Armenian People's Assembly, we invite everyone who defends freedom, peace and common life, especially our Armenian people living in the diaspora, to support our campaign of solidarity with the Armenian people, who defend their homeland and form their nation in the autonomous lands of North-East Syria. 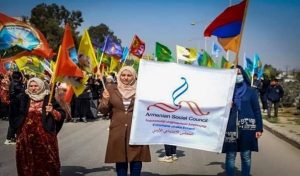 History of the Armenian people in Syria

During the genocide initiated by the Ottoman Empire in 1915, approximately 1 million Armenians were deported to Syria by the fascist Young Turk regime, the ancestor of Kemalism and the Republic of Turkey, and had the opportunity to live in Syria. A small number of Armenians were able to defend themselves with their culture, language and religion, but the majority were assimilated by Kurdish or Arab Muslim families.

Armenians are afraid that the Assad administration will come again. Fearing the Assad regime, the Armenian people hesitated to approach the democratic administration initiated by the Kurdish people in the Rojava revolution. He has always kept a certain distance from the Kurdish people. Although the exact number of Armenians in Syria is not known today, it is estimated to be around 40-50 thousand. 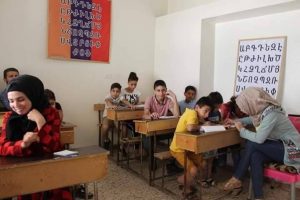 The meaning of self-defense in Rojava (YPG-Kurds, SDF-Arab, Assyrian/Syriac Military Councils) and self-defense of the Armenian people

The self-defense organizations, which started in 2004 as a result of the pressure of the Syrian Regime, entered a new era in 2011 and led to the formation of the YPG/YPJ. In the following years, the liberation of the lands of North-East Syria from the ISIS attack and the participation of the peoples in the war led to the collective defense of their common homeland. After the Turkish-backed DAESH was defeated by the Kurdish people, Arabs, Assyrians, Assyrians, Armenians, Turkmens and other peoples, a revolution was made in North-East Syria and it gained an autonomous administration. Each people conducts its military assembly and social organization in the context of its own self-defense. After the Rojava revolution, the Nubar Ozanyan Military Battalion and the Armenian Social Council were established by the Armenians living in Rojava. The Nubar Ozanyan Battalion, the self-defense battalion of the Armenian people, is organized as a part of the Syrian Democratic Forces (SDF), the self-defense of the Syrian Democratic Council and Autonomous Administration. While they are preparing to defend the country in the military field against the invasion threats of the Republic of Turkey and its gangs, they are trying to protect their identity by learning the history, language and culture of the genocide. Christian and Islamized Armenians defend their identities under the same roof, defending the Rojava revolution as a people against the imposition of a second genocide, and improve life with other peoples. Particular attention is paid to the struggle for women's liberation: a special committee on women's work has been established under the Social Council; The Nubar Ozanyan Women's Battalion, on the other hand, is organizing for women to participate in self-defense. 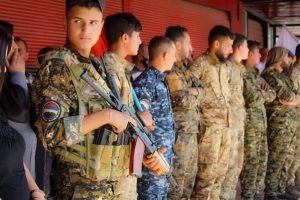 The attacks of the fascist Turkish state against Karabakh, as well as the occupation and threats against Rojava, force the Armenian people living in the lands of the North East Syria Autonomous Administration to defend even more. Self-defense is an absolute necessity in order not to experience the repetition of the genocide that took place 106 years ago, to preserve the unity of the peoples in the region, and to relearn their forgotten cultures and languages. The occupation in Nagorno-Karabakh gave great lessons to the Armenians living in Syria: Further development of self-defense and further strengthening of relations with other peoples… In this sense, Armenians, one of many different peoples, turned their attention to establishing their own military and civilian institutions. With stronger Armenian institutions and stronger self-defense, it becomes possible to live with other peoples. 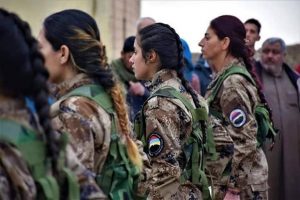 What are the aims of the campaign? 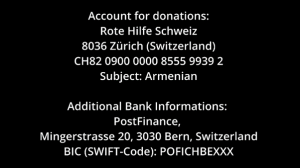 do not keep track: https://www.tkpml.com/support-the-self-organization-of-the-armenian-people-give-voice-to-the-children-of-genocide/