JULY 14 IS A DAY OF RESISTANCE!

Our people experienced a dark period when the Military Fascist Junta of September 12th turned the country into a nightmare. The most severe effects of this oppressive era, in which every exploited, oppressed group was tried to be silenced and suffocated were experienced in dungeons. Most cruel tortures were in place to break the revolutionary will and silence revolutionary, progressive and patriotic thoughts. Fascist masters of September 12th thought that if they can silence revolutionaries, progressives and intellectuals, everything will run smoothly. They were wrong!  Knowing that where there is oppression, resistance is a right, and this right cannot be forcibly taken by any oppressed administration, the revolutionaries carried out a resistance that will be the subject of books, poems, and documentaries. The Metris-Mamak-Amed dungeons were places where the revolutionary massacre was kept alive.

A great resistance, which made its place in history and revolutionary memory, took place against unimaginable torture methods borrowed from Pentagon to break the will of revolutionaries and detain their thoughts. “Surrender is betrayal; resistance is freedom!” principle was revived with countless anonymous revolutionary blood and lives. They paid huge prices and resisted decisively under torture. They never compromised their commitment to revolution, freedom, and socialism.

Amed dungeon, where the most cruel and barbaric tortures took place, is worth mentioning. Amed Dungeons were the place where the dream of Kurdistan was wanted to drown as much as the idea of ​​revolution and socialism. The July 14 Death Fast Resistance was a historical act. It was a decisive stand to put an end to days of torture and cruelty. July 14 Death Fast Resistance is the day when the freedom fire that Mazlum Doğan ignited with a matchstick in the lands of the persecution. The end of the days of surrender is the beginning of the days of freedom.

It is a day of resistance put forward by handful of honourable revolutionaries equipped with altruistic spirit, well prepared mentally and spiritually against the cruelties of modern Dehaks during a period where everything humane were taken captive in tortures. At the forefront of this historical resistance were the pioneers of resistance saying, “write in-debt on my tombstone”, and those in their last moments said, “let me die next to my friends”. Commander Kemal Pir and wise pioneer M. Hayri Durmus were present. The soldiers of revolution; Ali Cicek and Akif Yilmaz were present. There were countless death fast resistance insurgents behind them. July 14 is the day where death persists on the top of the prisoners, and the persecution is defeated by kissing from the forehead of death.

Being a devoted militant is the fulfilment of the essential duties, no matter how heavy the conditions and difficulties are. July 14 death fast insurgents put their bodies to death with the belief that days of freedom will come. The death fast resistance spread its dream of freedom across the country. Dungeon resistance was a great inspiration for those who fought for freedom in the mountains. Stability and the spirit of attack has become stronger, the fire of freedom is more powerful.

July 14 insurgents looked at the world with the inexhaustible belief and hope of a revolutionary. Revolutionaries may encounter death in situations they would not prefer. They may encounter death in Dark cells of a dungeon where the torture sounds are constantly in their ears. Meeting death in all conditions ready and equipped is one of the rules of the revolution. Death in Amed Dungeons was the only door to freedom.

Today, the AKP-MHP fascist clique is trying to rule the country like Enver Pasha. Workers-peasants-women-youth-Kurds-Alevis-intellectuals-lawyers are tried to be taught with persecution and hunger. Laborers and oppressed from all segments of the society are seeking work-bread-justice and freedom. It is a fact that freedom will not come with words.

Today, more than ever we need to be in shoes of Kemal Pir and M. Hayri Durmus. July 14 means maintaining resistance awareness and determination in the mountains, cities, squares, and streets. We must understand that life without freedom and justice has no meaning.  It is time to be more Resistance and Action than ever and everyone. We must go out on streets and condemn the Turkish State’s occupation attacks on Heftanin and raise the struggle under the flag of united revolutionary. We must look in the eyes of the oppressor and fight just like Kemal Pir. Time to be pioneer, first slogan and first action.

IF THERE IS RESISTANCE, THERE IS NO DYING! 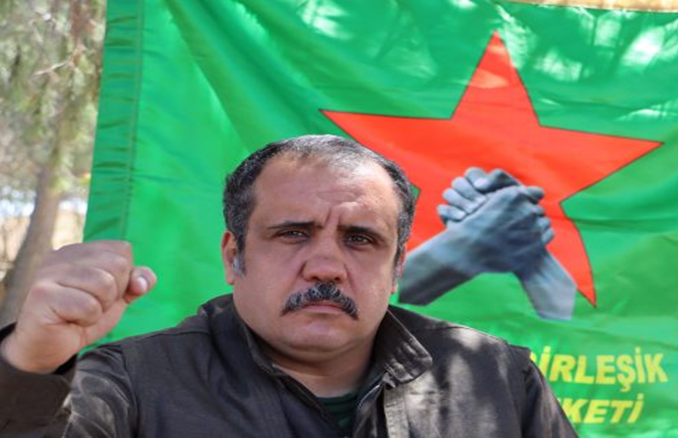 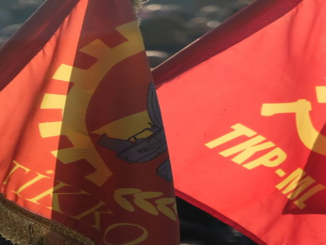 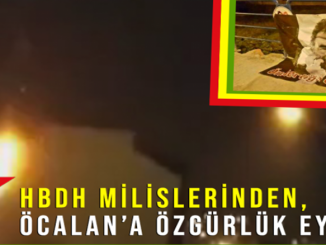 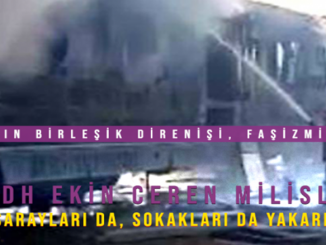 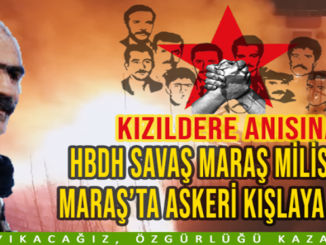