We Commemorate Communist Leader İbrahim Kaypakkaya on the 48th Anniversary of His Murder!

HE STARTED THE FIRE; WE SHALL STOKE UP!

When the flames of the Great Proletarian Cultural Revolution, which started with the call of Chairman Mao reached our geography, a young communist leader, İbrahim Kaypakkaya, who was tempered in the class struggle and mass movements emerged.

He was able to accurately identify the main contradictions of the society in which he lived, realized where the class struggles evolved, analysed the main lines of the society and history of Turkey and Turkish Kurdistan, and synthesised it with the theory of the international communist movement. What caused him to emerge as a communist leader is his personal involvement in the class struggle and mass movements in our geography and his evaluation of the results with Maoism, the highest stage the international communist movement has reached today. This aspect fundamentally distinguishes him from other revolutionary leaders of his time. In this sense, Kaypakkaya represents the communist face of the 1971-Armed Revolutionary breakout of the Revolutionary Movement of Turkey. Ibrahim Kaypakkaya’s defining and exemplary feature is his approach to practice, class struggles, and the mass movement. While putting forward the basic theses that are the source of our party’s program today, he was directly involved in the struggle, analysed what he experienced in practice and synthesized it with MLM science.

That is why the theses he put forward are up-to-date even after half a century has passed. While laying the foundations of our party, Kaypakkaya took sides and formed his theory in the practice of the class struggle, in the fire of the mass movements, on the mountain tops. It was the decisive method that led to his emergence as a communist leader. Those who ignore this fact, disdain, insist on not seeing, or propagate his theses as immutable dogmas do him the greatest harm.

What makes Kaypakkaya a communist is that he looks at issues from a dialectical materialist point of view, is revolutionary in practice and strictly adheres to the principle of seeking truth in facts. He is first and foremost a practically revolutionary and this literally marked his whole life. All his other theses have risen on this essence.

48 years have passed since Comrade Kaypakkaya was shot and killed in the Amed Dungeon after months of torture. In the period that passed after the loss of comrade Leader, important developments took place both in the world and in our country. Our party, the foundations of which was laid by Kaypakkaya, continued its struggle uninterruptedly; the red flag of communism, which it raised high, continued to be hoisted.

Let us Seek the Truth in Facts, Become Revolutionary in Practice!

The inhumane face imperialist-capitalist system has become more visible with the outbreak of the coronavirus, this system is based on excessive profit ambition and exploitation. For example, in terms of the capitalist imperialist system, the fact that science does not serve humanity but rather the profit ambition of the capitalists can be seen in the prevention of the widespread production of vaccines developed against the virus on the grounds of “patent rights”. To date, more than 3 million people have died because of the epidemic. These people are the working class and toiling masses who have trouble accessing healthcare services privatised because of the neo-liberal policies of capitalism.

The epidemic continues to be used, so to speak, in the class struggle for the murder of the working class and the oppressed peoples. While a handful of imperialist capitalists around the world are getting richer, billions of people are condemned to live in conditions of hunger, thirst, unemployment and poverty, and the epidemic has made this inequality more visible. On the other hand, these developments, the conditions of popular uprisings and revolutions around the world have further matured.

A similar situation exists in our country. The economic crisis, which deepened with the epidemic, increased the attack of the Turkish ruling classes and their spokespersons, the AKP-MHP government, against the working class and the toiling masses. The rulers, who saw the epidemic as an opportunity, said “the wheels must turn”, leaving the working class and the toiling masses in the dilemma of “hunger or virus” and were left to die and tried to prevent and ban all kinds of struggles and objections against these practices on the grounds of “epidemic” in which they responded with fascist terror.

The economic crisis has deepened with the epidemic. This situation caused the working class and toiling masses to become poorer. More people faced unemployment and therefore suicide rates increased. Since fascism is aware of this reality, it has increased its attacks against the Kurdish nation, minority nationalities, women, LGBTI +, youth, Alevis, especially the peasants who protect their beliefs, nature, and livelihoods.

However, despite all the aggression of fascism, the class struggle continues at full speed. Local but widespread worker resistance, expressive anger of the laborers, the struggle of women and LGBTI +, embodied in the “Istanbul Convention”, the rebellion of the Kurdish nation, the unyielding resistance of the youth, the struggle of the peasants continue.

Turkish fascism is trying to overcome crises in domestic politics with military occupation and annexation policies outside its borders. This situation leads to the incitement of racism and chauvinism in domestic politics, and the continuation of invasion and annexation attacks, especially in Rojava and Iraqi Kurdistan, outside the border. Turkish state acts as a threat and a massacre device for the peoples not only in the country but also in the entire Middle East. This reality sharpens the contradictions inside and outside the country, and the class struggle hardens. In the words of Kaypakkaya, “There are days of tough but glorious struggle ahead of us”.

Commemorating Ibrahim Kaypakkaya means putting his revolutionary method into practice wherever we are, in every field of struggle. Following the principle of our comrade “being revolutionary in practice and seeking the truth in facts”, embarking on the vast sea of ​​class struggle and carrying his views to these fields of struggle stands out as the revolutionary task of the moment. Although each of them seems to flow in different channels, in essence, it is our duty to unite with all the struggles directed towards the fascism of the Republic of Turkey and the established order and to equip these struggles with goal of seizing the power.

This task should also be seen as a means of organizing and promoting the united revolutionary struggle. One of the prominent features of ’71 Revolutionary breakout and its leaders, the practices that organize revolutionary solidarity and common revolutionary practices, even if they establish separate organizations, are examples for us as their successors. “71’s revolutionary spirit should be raised again while commemorating Comrade Kaypakkaya.

Let us dive into the vast sea of ​​class struggle, engage with the mass movements, take part in these movements, try to organize, and lead.

On the 48th Anniversary of His Murder, İbrahim Kaypakkaya is Immortal! 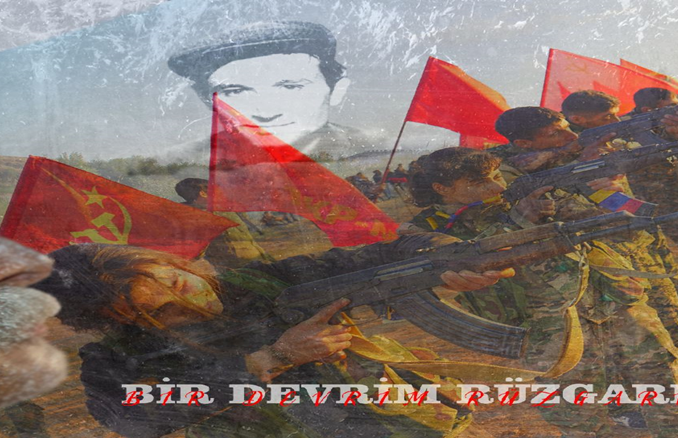 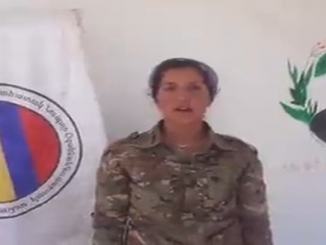 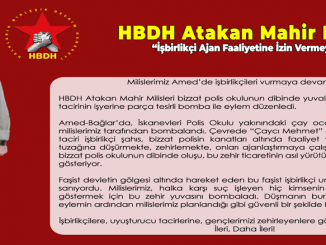