Let’s Stand Against the Ukraine-Russia War in the Conflict of Interest of Imperialists and Regional Reaction!

LET US WAGE A JUST WAR TO OPPOSE THIS UNJUST WAR!

The contradiction and conflict between the US-EU imperialists and the Russian Chinese imperialists has evolved into a new phase with the invasion attack under the name of “military operation” launched by Russian imperialism against Ukraine. The tension created between the imperialists over Ukraine led to mutual conflict and Russia’s indiscriminate attacks on the targets it determined in Ukraine. The working class and oppressed peoples were once again faced with bombs, death, migration, hunger, and misery.

The US-EU imperialists supported the neo-fascist movement in Ukraine for a long time. Thanks to this support, the bourgeois government in charge in Ukraine implemented a series of reactionary fascist policies, from terrorist attacks against Russian citizens of its own people to the banning of the Russian language. Finally, the membership of Ukraine to NATO was brought to the agenda. The Ukrainian ruling classes were incited against the Russian imperialists.

The Russian imperialists, on the other hand, developed a series of moves against the US-EU imperialists’ policy of expansion and containment of Russia under the umbrella of NATO. Russia has declared that it “recognises” the Donetsk People’s Republic and the Luhansk People’s Republic in the Donbass, where the Russians live in Ukraine, just as it did in Georgia and recently in the Crimea. Then sent military forces to these regions under the name of “peace force”. Immediately after, it spread this invasion attack to all Ukrainian lands.

The Turkish ruling classes are trying to take advantage of this conflict between the imperialist camps, as they have done before. Turkish state fascism is making statements of “respect for the territorial integrity of Ukraine” with a terrific hypocrisy. Those who organised jihadist gangs in Syria as a member of NATO, those who bombed the peoples of the region, including the Kurdish people, are pretending this never happened. It is clear that the Turkish Republic is waging a war against the working class, the working people, and the oppressed peoples of the region. For this reason, it is the last state to talk about “peace”.

It is clear that the contradiction and quarrel among the Imperialists taking place in Ukraine will have very serious effects in the coming period. It will be instrumental in the emergence of new conflicts and contradictions both in Ukraine and in various parts of the world, especially in the Middle East. Turkish State fascism will also want to trump this conflict between the imperialists, especially in the invasion and annexation wars in Rojava and Iraqi Kurdistan. However, this will not be possible due to the economic-political crisis it is in and the impossibility of “managing” two imperialist blocs on the brink of such a hot war at the same time!

The attitude of the communists is clear and unequivocal, both against all imperialist blocs in the quarrel for world domination, and against the Turkish state, whose field of action is getting narrower and will get even smaller! The only correct solution to wars that are the product of such conflicts of interest between imperialists is the organization of the international proletariat and the oppressed peoples of the world and their struggle against imperialism and the ruling classes of their own countries. Raising the banner of just wars against unjust wars.

Down with US-EU and Russian-Chinese Imperialism! 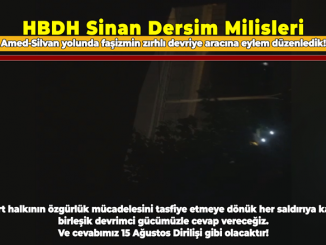 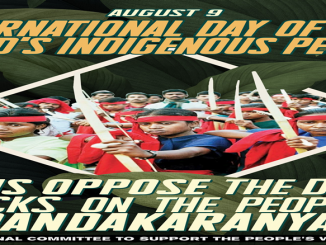