Jail sentence for another youth in existential struggle, murder in jail

Pandu Noroti is an adivasi youth. The crime charged against him by the police is that he is obstructing the development programs of the government in Gadchiroli district. Gadchiroli district judge Pandu Noroti sentenced him to life imprisonment for the crime. In fact, during the verdict, the judge commented that a more severe punishment should have been given. That is, the young man’s opposition to the leasing of hills in their forests to Lloyd Metals, which they consider to be idols, has become a crime worthy of capital punishment in the eyes of the judge. If the judges of this country prove once again that the judges of this country are the horns of the looters of this country through their judgments, the police and jails who enforce those judgments are following an even worse attitude towards innocent prisoners as the murder of Pandu Noroti in Nagpur Central Jail on August 25 without providing him with the necessary treatment. Central Regional Bureau of our party strongly condemns the inhumane, undemocratic and anti-law attitude towards the prisoners in the jail and pays tribute to the immortal Pandu Noroti. Deepest condolences to his family. Our party condemns the killing of Pandu without informing his family or the lawyer who stood on his behalf about his illness. It is demanding that the officials responsible for Pandu’s murder be investigated and punished. 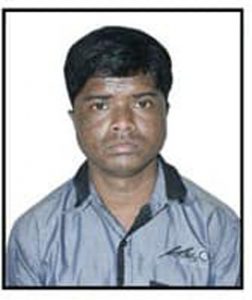 Pandu Noroti Gad is a 33-year-old youth born in Mureveda village of Etapalli taluk of Chiroli district. For more than three decades, people in the area have been opposing iron ore mining in the Surjagarh hills. True patriots, democrats, intellectuals, lawyers and tribal well-wishers of the country stood by the struggle of those people. All of them are strongly opposed to the sale of our country’s resources to imperialist investments. However, Hindutva forces that came to power in Maharashtra in 2014 turned the district into a police base and started mining on Aghameghas. As a part of them, 6 people including Saibaba were arrested on the charges of obstructing it. Soon after, 5 of them were sentenced to life imprisonment. For the last 8 years, we have been witnessing harsh punishments on false charges, jailing them and killing them in jail. Our party condemns all these actions.

Public writer Sudhir Danle, eminent lawyer Surendra Godling, social activists Mahesh Raut, Arun Farera, Vernon Gonzalvis, Somasen (all of them from Maharashtra) who stood by the struggles of the Gadchiroli Moolvasi people were implicated in the Bhima Koregam case without any basis and imprisoned. Famous writer Varavara Rao and lawyer Sudha Bharadwaj, who stood by the public struggles of Gad Chiroli, were also implicated in the case. Father Stan Swamy, who was accused in that case, was killed by the police in jail on July 5, 2021, after denying him treatment. Comrade Narmada, a revolutionary who served the people of Gadchiroli throughout her life, was murdered in Mumbai jail. Imprisoning and killing those who stand for the people in this kind of jails is the pinnacle of the fascist policies of the Hindutva forces. On the other hand, the inhumane methods of raping Muslim woman Bilkis Bano and murdering her child daughter and family members and shamelessly releasing the killers serving life imprisonment on the occasion of “independence celebrations”, in contrast to the killing of Pandu who fought for his existence, exposes the nature of this system.

Condemning the murder of Comrade Pandu Noroti, our party is calling on the people and organizations fighting for the release of political prisoners to mobilize for more effective struggles for the release of all political prisoners in the country on September 13. Our party appeals to all those who have come forward to condemn the killing of Comrade Pandu, to face the actions of the fascist rulers who are cracking down on and oppressing the people’s interests in this country and to engage in more effective struggles to protect them.

All political prisoners in the country should be released unconditionally. The police and jail officials responsible for the murder of Comrade Pandu Noroti should be severely punished.