On August 14, our party, TKP / ML, comrade Nubar Ozanyan (Orhan Bakırcıyan), the devoted commander of our army, TİKKO, joined the caravan of martyrs by raising the hope of freedom and liberation of the oppressed in Rojava, where our party was positioned with great efforts. Comrade Orhan, a great loss of our party, became the bearer of the flag of freedom and liberation raised by Kurdish, Arab, Turkmen, Yazidi and other oppressed nations and beliefs in Rojava, where he went with his Armenian identity, took over the dreams of the 12s who became epic and immortal in Aliboğazı and fight in Rojava. in their positions.

We will defend the Rojava Revolution to the end!

The Rojava revolution develops and gets stronger despite the various attacks and invasion attempts of the imperialists and their henchmen in the region. Although the fascist Turkish state occupies the Jarablus and Al-Bab regions, it also threatens to occupy the liberated regions. Despite all these threats, the fascist Turkish state is not seen as an invader in the region by the peoples of the region and the Rojava revolution is embraced.

Rojav revolution with growing fear that can not hide the equivalent of fascist Turkish Republic government, Turkey has imposed almost genocide of the people of Kurdistan to attack. Developments both within the country and in Rojava serve as a cornerstone, which is against the Republic of Turkey, shaking its power and eventually destroying it.

In this sense, the developments in Rojava are important and valuable for our party. It is a priority for us to enlarge and develop the revolution itself, instead of making only pages of evaluations on the Rojava revolution, in which we position both military and political.

A revolutionary adventure from Armenian orphanages to Rojava

Comrade Nubar, who made this thought the priority of his life, was one of the first fighters sent to Rojava by our party. Comrade Orhan, who was always a bouncer fighter of the oppressed throughout his life and who carried out his duty for this purpose, took his place in the war positions as an international fighter of our party TKP / ML in Palestine, Hayastan, Iraqi Kurdistan and Rojava. Comrade Orhan, who grew up in Armenian orphanages after losing his mother at a young age and came from a very poor life, made the characteristics of his class position an unshakable character in his life. Comrade Orhan is sharing, modest, hardworking and devoted to the cause, and this is what his class stance reveals.

Comrade Orhan and our 12 red carnations, who showed that the development and strengthening of the war is possible with the practice shown on the war fronts, will be taken as an example for Komsomolists in this sense and will always be remembered.

Comrade Orhan, participating in the 45-year history of our party TKP / ML as an exemplary ring, will be the struggle determination of our party's Komsomol power GB, and we will wave the flag we took over with honor and pride.

HBDH YK: “İbrahim Kaypakkaya, Haki Karer and Dörtler… We are in the footsteps of revolutionaries who don't keep secrets!”

HBDH
May 18 2022 HBDH YK: “İbrahim Kaypakkaya, Haki Karer and Dörtler… We are in the footsteps of revolutionaries who don't keep secrets!” for comments are off 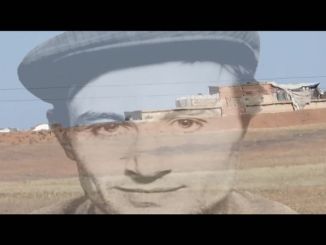 Action by TKP-ML TİKKO Guerrillas: “50. We Are More Faithful, More Determined in Our Year!” (Video News)

NEWS
May 17 2022 Action by TKP-ML TİKKO Guerrillas: “50. We Are More Faithful, More Determined in Our Year!” for (Video News) comments are off 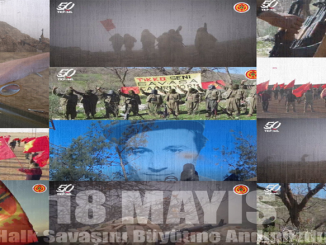 TKP-ML TİKKO General Command: May 18 is Our Pledge to Enlarge the People's War!

TIKKO EXPLANATIONS
May 17 2022 TKP-ML TİKKO General Command: May 18 is Our Pledge to Enlarge the People's War! for comments are off 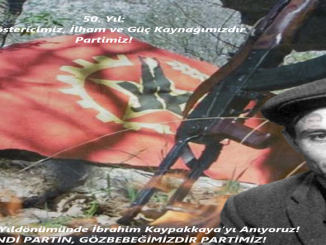 TKP-ML EXPLANATIONS
May 16 2022 TKP-ML Central Committee: We Commemorate İbrahim Kaypakkaya on the 49th Anniversary of His Murder! for comments are off