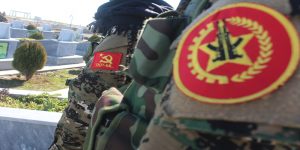 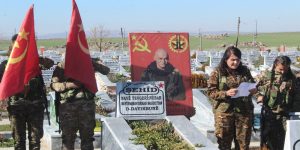 Statement read by TKP-ML Middle-East Committee pointed out; “We commemorate our martyrs in the last week of every January since 1978. In the last week of January, we say that the path of our martyrs, our way, their struggle, our life. Our martyrs always point to us the path of freedom and struggle. Our party, founded in Kürecik in 1972 under the leadership of İbrahim Kaypakkaya, is based on armed struggle and people’s war. If a people do not have an army, that people cannot win their freedom. With these ideas, our leader İbrahim Kaypakkaya established the people’s army TIKKO against the Turkish State. TIKKO fighters keep Ibrahim Kaypakkaya’s ideas alive wherever there is persecution. Just like our war master Nubar Ozanyan … Just as Nubar Ozanyan fought against fascism in Palestine, Karabakh and Rojava, we promise once again today that fascism will be wiped out of these lands! Rojava lands were liberated by the blood of our martyrs. The Turkish State wants to destroy our people by invading Rojava. Just as we liberated Kobane, we will liberate Afrin, Serekaniye and Gire Spi, occupied by the Turkish State, by fighting with all our strength. We will overthrow fascism and win our freedom. Here we take an oath in the presence of our martyrs and our people; We will defend Rojava house by house, front by front and street by street. We will succeed in the struggle for the People’s Democratic Revolution. Marks, Engels, Lenin, Stalin, Mao, Rosa Luxemburg, Mazlum Doğan, Deniz Gezmiş, Mahir Çayan, Sefagül Kesgin, Coral, Serpil Polat, Sakine Cansiz, Aynur Ada, Ceren Güneş, Berçem Ekin, Bayram Prayer, Ulaş Bayraktaroğlu, Nubar Ozanyan We will walk high, following the footsteps of the communist leader İbrahim Kaypakkaya and the martyrs of revolution and communism, whose names we cannot count one by one”. 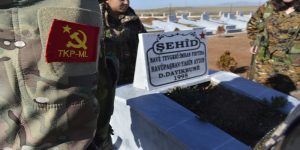 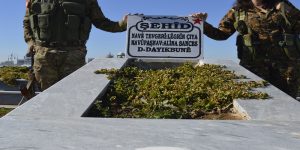 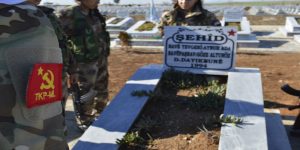 In the statement made on behalf of the Hasakah Armenian Social Council said, “Nubar Ozanyan gave his whole life to struggle in a faithful manner and for his claim as an Armenian body sacrificing his own life. He wants to kill Kurds, Assyrians, and Yazidis. But those who fought, following in the footsteps of Martyr Nubar Ozanyan and other martyrs, are defeating Erdogan’s plans for massacre.

In the statement made on behalf of the Martyr Nubar Ozanyan Battalion, “The martyrs of the revolution have sacrificed themselves for the peace of the oppressed peoples. We promise our people and the martyrs of humanity and freedom to defend our people and our land until our revolution reaches freedom and democracy. “We will continue our struggle and never give up our cause.”

Following the statements, the Oath of TIKKO was read at the grave of Nubar Ozanyan. The graves of Ulaş Bayraktaroğlu, Ceren Güneş, Aynur Ada, İmran Aydın, Doğan Kırefe and other revolutionaries were visited. 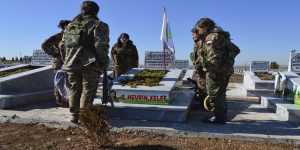 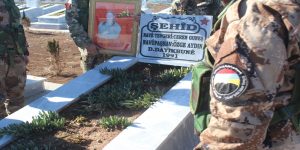 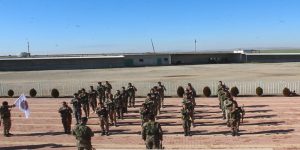 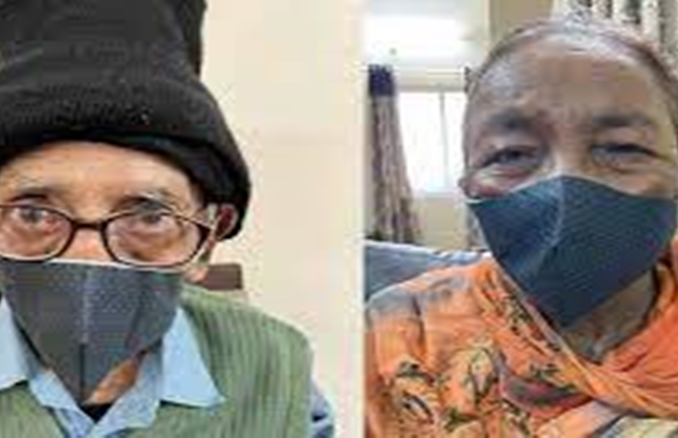 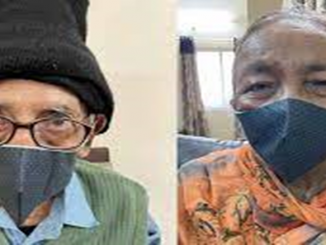