Retaliation Action by the Nubar Ozanyan Battalion against the Gangs

As a result of the intense attacks of Turkish-backed gangs on the Til Temir line of North East Syria on May 2, a fighter of the Nubar Ozanyan Battalion was wounded. A unit from Nubar Ozanyan Battalion forces answered by attacking enemy positions with heavy weapons. According to the statement made on the twitter account @ArmeniaRojava, on the first day of Ramadan fest, the villages of Til Temir were subjected to intense mortar and howitzer attacks. In these attacks, a fighter was injured, and houses were damaged, but no casualties were reported. It was announced that the condition of the injured fighter, who was taken to the hospital, is stable.

According to the statement made by the Tabur, on the morning of May 3, the fighters of the Nubar Ozanyan Armenian Battalion carried out a retaliatory action. In the early hours of the morning, the enemy positions in the villages occupied by the gangs were heavily hit with heavy weapons. As a result of the shots fired from three directions, the positions were damaged to a great extent. It was stated that the forces of the Nubar Ozanyan Brigade had withdrawn without any casualties.

In the statement from Battalion, they said: “The Turkish State, without respecting the end of #Ramadan celebrations, still attacks the people of #NorthEastSyria. Our struggle against the Turkish State and their mercenaries of SNA is continuing! Revolutionary greetings and regards.” 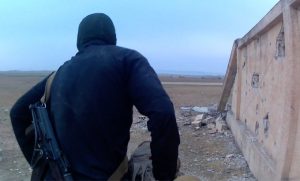 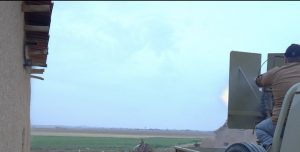