A MOVE FORWARD IN THE REVOLUTIONARY WAR!

DEEPEN IN THE PEOPLE’S WAR, SPECIALIZE IN THE GUERRILLA FOR THE VICTORY OF THE REVOLUTION!

As it is known, at the 1st congress held in 2019, our Party TKP-ML drew attention to the lack of systematizing our military line since its establishment. There have been important and valuable studies on this subject in the history of our Party, which has been in a clear and persistent practice since its establishment, that the revolution it foresees can be achieved through armed struggle and that this struggle is the People’s War Strategy, specific to our country. However, as a self-criticism of the lack of systematizating these studies and optimizing it for the current conjuncture, it has set TİKKO the task of holding a conference dedicated to this subject. This Conference also included the task of updating the TİKKO Regulation, which was adopted and put into effect at the 7th Conference.

As Comrade Mao stated in his article “The Communist Party and the Revolutionary War”; “History tells us that the right political and military paths did not emerge out of nowhere but were achieved through struggle. These roads have to fight ‘left’ opportunism on the one hand and right opportunism on the other. If we do not fight and overcome these harmful tendencies that hinder the revolution and revolutionary war, it is impossible for us to determine the right course of action and achieve victory in this war.”

We are proud and enthusiastic to announce that we have successfully accomplished the task and responsibility that TKP-ML, which adopts these words as a principle, has given us to determine the right course of action without neglecting the struggle against right and “left” opportunism. We also carry the responsibility for the audacity to move the war forward in differing circumstances.

Deepen in the People’s War, Specialize in the Guerrilla!

It is not a coincidence that the People’s War Strategy is the gateway to all discussions on questions like; “How should our war line be formed in the coming period?

How will we solve the situation today, where the enemy is restructuring its military organization day by day, using all the tools of technique and technology, trying to increase its strike and dominance power by strengthening the agent-collaborator network, and gaining certain “successes”? What kind of understanding, plan and systematic view will we have? How do we build consensus?” As a matter of fact, we are faced with the reality that the People’s War has to be defined in a way suitable for today and implemented in a creative way, in a way that corresponds to the breakthroughs made by the enemy in the technical field.

In this respect, method problems emerges in the understanding of the People’s War. As the People’s War Strategy has universal principles, it is necessary to capture the original link that will come to life on those principles. While those who can adapt this strategy to their own country’s specifity are successful – as it is – those who try to implement it without making any changes have failed in the face of the truth. In terms of our own war history, the successes in the periods when we took initiatives and the blockages in the periods when we replaced strategy with tactical policies are examples of this. Chairman Mao also declared war on the dogmatic understanding of the issues in his writings and developed the People’s War theory mainly within the struggle against dogmatism. However, in a similar situation, some country’s revolutions have dogmatized the theory put forward by Chairman Mao.

To recall the Leninist phrase referring to the famous 11th thesis 11 of K. Marx, ‘People’s War Strategy is not a dogma but a guide to action to take power.’

At this very point, in the face of understandings claiming that the People’s War is no longer a valid strategy against the enemy’s technical superiority, which is getting stronger day by day in imperialist collaboration and bargaining, or understandings that “fight for their life” in a right liquidationist position under the name of “holding” policy, we put forward deepening in the People’s War and specializing in the guerrilla as our main tendency. Our Conference, embodying this tendency by detailing, made the following determination:

“As we are still at the beginning of the road, on which we have come to today with countless tryings, defeats and coups, our party history and its war practice are very instructive in order to get rid of our mistakes and the subjectivism that is the source of our dogmatics. Just because we’re at the beginning of the road doesn’t mean we’re just getting started. We have a history that we will not be ashamed to learn of, and a scientific foundation on which to build. We will learn from this history and we will not break disconnect from our foundation.”

As a part of developing the guerrilla of the new era, it is important that TİKKO embodies its tendency by revealing a whole understanding of education from the command level to the fighters, with discussions under the topics of ideological-political training, military training, new fighter training, specialization training and training of special forces. Discussions on the rank of commander and the qualifications of our commanders, which are the decisive elements of our warfighting structure, were also included in the conference as topics that would increase TİKKO’s war power.

One of the most important topics of our conference was the struggle for women and LGBTQI+ freedom. At our conference, courageous and steady steps were taken both in taking the decisions that will be reflected in the regulation and in clarifying that our war is also a war against patriarchy and heterosexism. In line with these steps, our army will fulfill its duties in the command of women and LGBTI+s and in positioning them further in all areas of the war.

Our army’s 7 years of Rojava war experience and its participation in the Rojava Revolution have been an important experience in our party’s war history. Summarizing, embodying and systematically evaluating this experience is one of the achievements of our Conference. A number of experiences, from city wars to methods of fighting against the enemy’s technical superiority, to the experience of managing the people, have been evaluated and turned into a concrete gain.

The People’s War strategy is a political strategy based on front-line alliances developed on the strategic level among the popular strata under the leadership of the proletariat. The People’s United Front is one of the defining features of the People’s War strategy. However, there is no obstacle for the communist party to develop long-term or periodic alliances with other political subjects of the class struggle on the way to the Democratic People’s Revolution. On the contrary, our basic alliance policy at every stage of the People’s War strategy is to reduce the target and keep the front wide. At this point, it is clear that we have to follow a more determined line in fulfilling our part in the common struggle within organizations such as HBDH we are in. This is also the period when we learn from each other’s experiences. Our conference has once again made a clear will to use these advantages for the success of the People’s War.

Our conference held by TİKKO, which fought under the ideological-political leadership of our party TKP-ML, is dedicated to our comrades Ali Haydar Yıldız, the first martyred commander of our army, and Sefagül Kesgin (Eylem), the first woman political commissioner and TKP-ML Central Committee member. We feel the determination in the struggle, ideological strength and persistence in the war of all our martyrs of the Party and the Revolution, who are with us in every step we take. We take our courage to expand the People’s War from them and from the 50 years of struggle of our Party.

Glory to Our Party TKP-ML on its 50th Anniversary of Struggle, and to TIKKO, KKB and TMLGB under its Leadership!

Glory to the Martyrs of Our Party and Revolution! 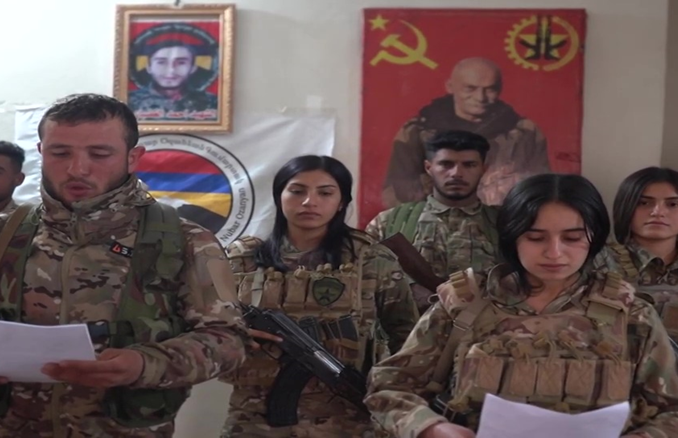 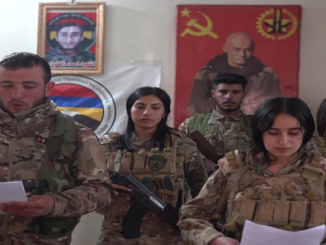 Nubar Ozanyan Brigade: We remember our mrtyrs! The path they walked is our path!

ENGLISH
1 Şubat 2023 Nubar Ozanyan Brigade: We remember our mrtyrs! The path they walked is our path! için yorumlar kapalı 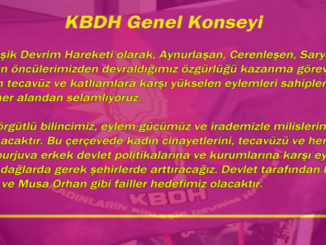 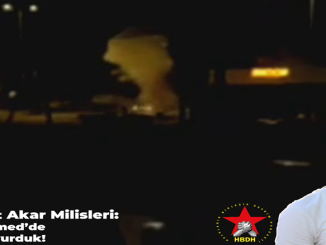