The Communist Party of the Philippines, the party of the Filipino proletarian class, firmly salutes the working class across the world and Filipino workers this May One. We mark today the International Workers’ Day amid intense monopoly capitalist crisis around the world and intensifying oppression and exploitation of workers and the toiling masses. Let us strengthen our determination to advance the struggle to overthrow imperialism and carry forward socialist revolution to forge a new society.

Let us draw inspiration from the great victories of the Paris Commune 150 years ago, world history’s first victory of the working class in overthrowing the reactionary state of the bourgeoisie, establishing working class political power and democratic self-rule. The lessons of the Commune in waging socialist revolution and establishing a new society remain a beacon for the Philippine working class.

The current situation demands that the Filipino working class vigorously advance the people’s struggle for democracy and national freedom. Because of the intense socioeconomic difficulties and political crisis of the ruling system, the rotten core of the semicolonial and semifeudal system is further exposed, and underscores the necessity of waging revolutionary change to put an end to the hardships and oppression of the people.

The Covid-19 pandemic continues to rage as more and more Filipinos are becoming infected and denied of appropriate medical attention because of the failed response of the Duterte regime to the public health crisis. It has neglected the people’s welfare and scrimped funds for free mass testing and treatment, for effective contact tracing, strengthening public hospitals and laboratories, research and other essential measures for fighting the pandemic. Workers are among the most vulnerable to the pandemic, both in the factories and places of work that are not sufficiently safe, as well as in their congested communities.

While the pandemic causes grave damage and people are made to do with nothing, Duterte satiates his own family and minions with public funds. He has raised the budget for the military and police to buy the loyalty of generals and top officers, and use the AFP and PNP in his relentless campaign of suppression and crackdown against people who are raising their voices amid the widespread crisis and impoverishment.

The economic crisis the besets the people is unprecedented. Almost 11 million are without work and lost jobs. Workers’ wages are extremely low. State aid is slow and insufficient, especially in the face of rising prices of commodities. The Duterte regime is causing people to beg, go hungry and line up in long queues for food aid. The economic crisis was caused by the US-Duterte regime which has refused to increase wages, relies on borrowing, promotes corruption and squanders funds on the police and military. Amid the pandemic, it has railroaded the CREATE law that favors tax-cuts on big corporations, further liberalized importation of pork that further imperils local agriculture, and issued EO 130 that will pave the way for relentless plunder of the country’s mineral resources by Chinese and other foreign companies.

The crisis is dealing heavier blows against workers. Oppression and exploitation is intensified in the form of lower wages, contractualization and lack of protection in workplaces amid the pandemic. Attacks against organized labor are also worsening including attempts to disunite workers, surveillance on union organizing in enclaves, killing of their leaders and threats against their members.

These are part of the state armed forces’ relentless attacks against democratic people’s organizations under the guise of “counterinsurgency.” As the end of Duterte’s official term draws near, cases of killings, illegal arrests and red-tagging pile up. Wielding the Anti-Terror Law, the regime aims to silence anyone opposing his fascist reign, and pave the way to impose a fascist dictatorship or manipulate the 2022 elections to perpetuate in power his political dynasty.

Duterte mortally fears the people’s retribution for his national treachery, the rapid erosion of Philippine sovereignty due to his servility to China and for permitting to plunder of wide seas covered by the Philippine exclusive economic zone. Duterte crumpled and set aside the decision of the International Arbitral Tribunal which recognized the rights of the Philippines under the United Nations Convention on the Laws of the Seas (UNCLOS). In exchange for China’s promised loans and benefiting from his ties with Chinese drug syndicates, Duterte allowed China to loot Philippine marine resources at the expense of Filipino fishermen and the people.

The Filipino working class must stand at the forefront of the people’s democratic struggles, and serve as the most solid core of the mass movement to end the tyrannical reign of the US-Duterte fascist regime.

It must continue to build, expand and strengthen workers’ unions and associations and advance the militant workers’ movement. Workers must strengthen their unions to resolutely fight the onslaught of the fascist police and military against their ranks, and to effectively advance the workers’ outstanding demands for wage increase and job security. There is urgency in the demand for ₱100 emergency wage increase in the face of the rapid decrease of the value of peso and increasing prices of commodities. Let the flames of workers’ struggles engulf factories and entire enclaves across the country.

At the same time, Filipino workers must continuously strengthen their unity with democratic sectors in both the cities and countryside. They must support the democratic demands and struggles of the Filipino masses. They must continuously support the clamor of health workers for salary increases, hazard pay and greater subsidy for health services. They must also strengthen their support for peasants’ demand for land, lower rent, abolishing usury and other forms of exploitation in the countryside. At the same time, the demand of children and youth to safely reopen schools, increase teachers’ salary and additional state subsidy on education. The workers’ movement must also strongly oppose the government’s unending foreign-borrowing, and oppose the huge budget allocation for satiating the military and police.

Workers’ determination must be steeled by raising their class and political consciousness to fight for the Filipino people’s national and democratic aspirations. A widespread cultural and educational movement must be carried out to invigorate patriotism. Study Philippine history and the continuing struggle of the Filipino people for national liberation from the clutches of imperialism and its lackeys in the puppet state. Conduct widespread education on the situation of Philippine society and the need for a national democratic revolution.

Further deepen the roots of the Communist Party of the Philippines among workers. Continue the mass recruitment of workers for them to serve as proletarian cadres at the forefront and backbone of the class struggle of workers. Activists and cadres among workers must be resolutely recruited to the New People’s Army to serve as its Red fighters and commanders.

The democratic and anti-imperialist struggles being carried forward by Filipino workers are part of the rising global anti-imperialist and democratic movement. These indicate the decaying global capitalist system and its resulting sharp economic crisis, fascism, racism and other forms of oppression and attacks against workers and oppressed masses. It is the task of the revolutionary proletariat to rise up, arouse, lead and bring the broad movements towards the revolutionary path of class struggle.

Across the world, conditions are ripe to strengthen communist parties and lead the widespread struggles and bring the global socialist revolution unto the eve of a new resurgence.

Long live the working class and oppressed masses of the world! 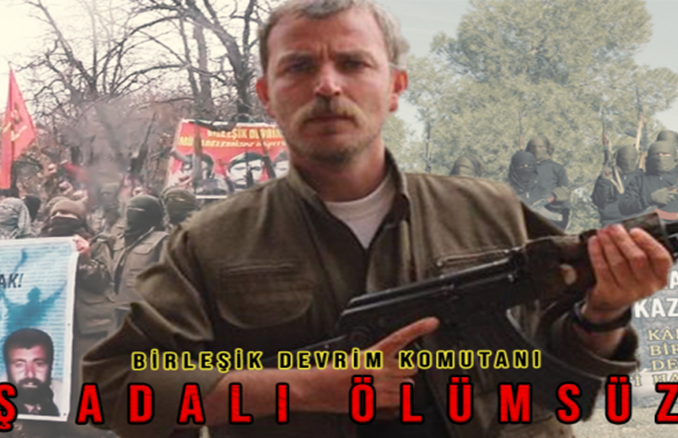 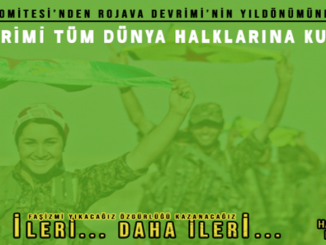 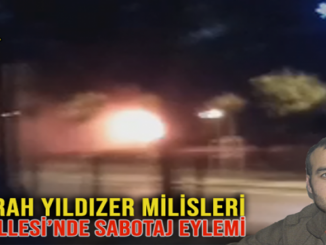