Freedom For All Political Prisoners, No To UCAV Attacks Against Guerrillas And The Use Of Chemical Weapons!

Prisons are one of the tools of violence and intimidation of the ruling classes against the broad masses of workers, labourers and poor people whom they exploit and oppress. Prisons are a means of intimidation not only against the prisoners inside, but also and essentially against the masses of the working people outside. The history of prisons, as old as the history of the class struggle, is full of the oppression, torture and massacres of the ruling classes as well as the resistance of political prisoners.

The prisons of our country have always been a test for the revolutionary and communist vanguards of our people of various nationalities, Kurdish and Turkish, just like all over the world. Revolutionaries and communists have successfully passed this test by a series of resistance methods, from barricade resistances to death fasts. In these resistances, they have fed on the practices of their class and struggle comrades all over the world, and at the same time they have added important values to the world prison resistance.

However, until the victory of the communist struggle, prisons will continue to exist as places of torture and murder for revolutionaries, communists and large masses of the people. As a matter of fact, as the imperialist-capitalist system deepens its economic and political crisis, as the anger of the people grows as a wave from the bottom, they accelerate their torture and massacre policies in prisons. Today we are going through such a process.

On the other hand, the fascist states, the puppets of imperialism, are intensifying their attacks against the guerrillas who are fighting for national and social liberation, especially those waging People’s War. All these are efforts to destroy the struggle that the anger of the people will grow. As a matter of fact, not only the guerrilla but also the civilian population is greatly harmed and massacred in their attacks with armed UCAVs and drones. The most concrete examples of this are being experienced in Rojava. Only in August this year, 40 children were killed in Rojava by the Turkish state’s drone attacks. In addition, especially in Iraqi Kurdistan (Bashur), it has been determined that the Turkish state is using chemical weapons in its attacks on guerrilla areas. The guerrillas, on the other hand, are organising a great resistance in the tunnels they have built against these attacks with UCAVs and drones and the use of chemical weapons. As a result of this resistance, the Turkish state suffered significant losses.

In such a process, our party, TKP-ML, embraces the call of ICSPWI (International Committee to Support the People’s War in India) demanding the release of political prisoners and the cessation of drone attacks on the people and revolutionaries in the revolutionary movement areas in India.

On this occasion, as TKP-ML, we give voice to the call of the Communist Party of India (Maoist) for the worldwide Week of Action between 13-19 September; We say “Freedom for all political prisoners” and “No to UCAV attacks against guerrillas and the use of chemical weapons”. We call on all international forces to take to the streets, especially in front of the Indian and Turkish consulates, between 13-19 September with these demands. 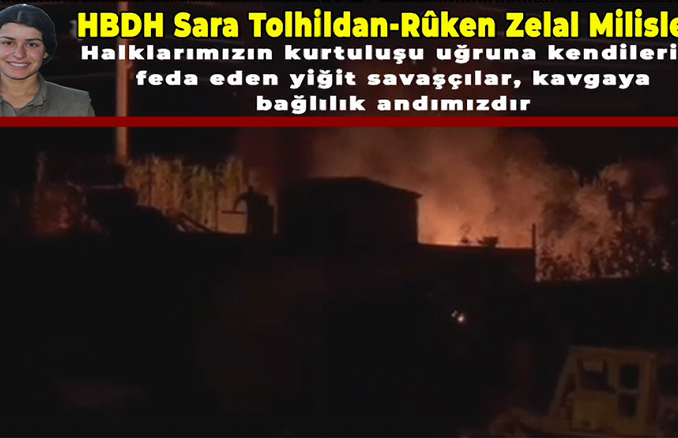 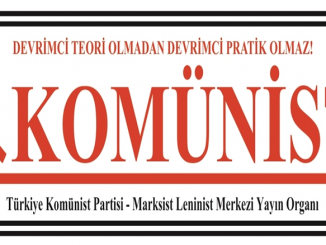