TKP-ML; founded by Ibrahim Kaypakkaya on 24 April 1972, is the political vanguard of the proletariat of Turkey of various nationalities which has accepted Marxism-Leninism-Maoism as a guide.

TKP-ML has no connection with revisionist “Communist” Party of Turkey following the death of Mustafa Suphi.

One of the most fundamental factors in the emergence of the TKP-ML is that the working class and mass movement in Turkey after the 1960s and its encounter with the Great Proletarian Cultural Revolution (GPCR) in China and its shattering effects. After the assassination of Mustafa Suphi and his comrades in the black see, the communist movement has into a revisionist silence for 50 years. GPCR has played a decisive influence in breaking the silence and restoring the communist movement in Turkey.

TKP-ML; as a product of GPCR, emerged as heir to the accumulation of rebellion and organisation of oppressed, exploited, exposed to genocide and massacred people of various nationalities (Turks, Kurds, Armenians, Greeks, Arabs, Laz, Circassians and others) of Turkey and Turkey Kurdistan.

TKP-ML has established its own organizational independence in the fight against revisionist TİİKP during the military coup of March 12 and following martial law; has identified an ideological, political, organizational and military line on five basic documents and announced its establishment.

TKP-ML has lost Central leadership and suffered its first heavy loss following the torture killing of Ibrahim Kaypakkaya in Amed prison in May 1973, following the death of Meral Yakar, Ali Haydar Yildiz and Ahmet Muharrem Cicek in armed conflict with the state as well imprisonment of cadres and fighters.

This was the first defeat of TKP-ML and the second defeat of the communist movement of Turkey.

Following this defeat, Party has entered the regional period which has ended with the 1st Conference organised in February 1978 under the leadership of the Organising committee. TKP-ML has suffered its second heavy defeat during the attacks of 12 September fascist junta following the 2nd Conference held in January 1981.

Our Party is a Martyrs Party.

History of our Party is at the same time the gate of Martyrs.  Those who fell to the ground in the cause for communism in our country form the essence and history of our Party. Our party has lost nearly 400 leaders, cadres, militants and supporters in the fight against fascism in the period following the establishment.

These martyrs are also the product of the will of the working class to win the future.

Shortly after the founding congress of the communist party in our country, its leaders were massacred in the Black Sea. Even after half a century, the class attitude of the bourgeois-feudal reaction, the fascist dictatorship has not changed and the massacres and arrests of its staff and militants, especially Ibrahim Kaypakkaya, who led the re-establishment of the Communist Party. It has begun facing enemy attacks from this moment. Its theoretical theses as well ideological stance in practical terms against the enemy (illegality) has raised consciousness; On the other hand, in every step taken after this process, this phenomenon has always been on the agenda.

Our history has also been written with the martyrs of our party secretaries in the struggle. Ibrahim Kaypakkaya, founder and theoretician of our Party was killed on 18 May 1973 in a torture centre in Amed. The principle that he put forward was “do not give any information to enemy” became a symbol for the revolutionary and communist movement of Turkey.

Comrade Suleyman Cihan was captured during the fascist junta of 12th Sept 1980 on 28th July 1981 and was killed under torture on 15th Sept 1981 in Istanbul. Another Party secretary, Kazim Celik was killed in an armed conflict with the Turkish armed forces on 20th May 1987 in Palu, Elazig. (Hidir Aykir, Cihan Tas, Muslum Emre and Ali Kayadogan was also killed in the same conflict)

Shortly after the establishment of our Party, the first steps in the practical application of the People’s War, taking place in Dersim, just 2 days before it has received the first blow from the enemy with the operation on 24th January 1973, where Ali Haydar Yildiz was killed and Ibrahim Kaypakkaya injured and later captured after several days, Meral Yakar, first Martyr of our Party, was killed in Istanbul on 22nd January 1973.

Meral Yakar, alongside with Sultan Simian who shot her self during the Urfa resistance to avoid being captured alive by the Ottomans and Communist Party of Turkey cadre, Maria, who was raped and tortured before her massacre alongside her comrades on 28-29th January 1921, is one the leading women martyrs of revolutionary movement in Turkey. Therefore, Meral Yakar is not only crucial to our Party but also played an important mission in the revolutionary struggle and Women’s’ struggle.

She is the first and she is revolutionary!

When talking about our party in this sense, we should emphasize the face of our party from the line of M. Yakar, Kamile Ozturk, to the internationalist revolutionary Barbara Anna Kistler, fives and finally to Hatayi Balcı, Gamze Gül Kaya and Esrin Güngör… In the most difficult moments of our party, our female comrades did not stand back for the most difficult tasks and had a much clearer ideological attitude in loyalty to the party line.

Our Party is a young Party. The founder of our Party was only 24 years old when he became martyr. Our party history shows that our party has always remained young! The most important evidence in our judgment is that most of our martyrs are young. Together with the establishment of our party, the organization of the youth organization, Komsomol, was also established.

In the most difficult moments of the party as an autonomous organization, the Communist youth organization, carrying blood to the party, has continued to build the mortar of the revolution of Turkey.

For example, Armenak Bakırcıyan, a leading cadre of our Party who fell martyr on 13th May 1980 in Karakocan, Elazig was an Armenian communist whose ancestors was exterminated by the Turkish state during the Armenian Genocide. On August 14, 2017, Nubar Ozanyan, a member of our party and a member of the Organizing Committee, was martyred while in Rojava.

Our party did not give martyrs only in torture and guerrilla warfare in the mountains. She also gave martyrs in the mass struggles in the cities. The best example of this is the squatter resistance that took place on September 2, 1977 in Istanbul 1 Mayıs District. Our people gave 13 martyrs in the attacks of fascism against the properties which our people have built based on right to shelter. 5 Members of our Party; Cuma Gul, Huseyin Aslan, Huseyin Caparoglu Ismail Poyraz and Hasan Yildirim fell martyr during this resistance.

The history of our party also summarises the last half century of our country. Our party took its share of the attacks by fascism towards the people. This sometime took places in mountain tops, sometimes during armed conflicts in the city centres, sometimes in  extrajudicial executions and sometimes under torture in while in prison. Therefore, our party has not been free from the attacks of fascism against the people in our country.

For example, in parallel will the developing struggle after the 1980’s, Tuzla Massacre on 7th October 1988, in which comrades Reha Sen, Ismail Hakki Adali, Kemal Sogukpinar and Fevzi Yalcin was massacred, marks the new era of massacres known as “extrajudicial executions” by the revolutionary and democratic public opinion opened the way for thousands of unidentified murders. Or, as a retaliation to the people’s struggle, fascism introduced the policy of murder in custody. Comrade Hasan Gulunay arrested on 20th July 1992 and was killed under custody is an example of this.

Our martyrs have formed the most concrete, straightforward expression of this claim and determination.

Our Party is a Party of Captivity and Resistance!

İf we were to define this in a single word, it would be “Resistance”.

Since it was founded, our Party militants and cadres have put forward a resistance in the prisons had attempts in breaking free, some were successful, and some was not.

The history of our party in prisons is history of resistance and escape.  The first step in this history was comrade Ibrahim Kaypakkaya. He has laid the foundation of our approach while held in Amed prison not only with resistance he put forward, but also by sending verbal and written notes to his comrades saying, “Find others in prison and figure out a way to get in contact with me”. (pages 555-556, Letter from Prison, All I. Kaypakkaya Articles, Umut Publishing house, May 2013 He planned to escape as soon as he was captured. Since the beginning, this has been mainly the line of Party in prisons.

Turkey’s prisons are a mirror of fascist attacks on the people. It is known that in order to prevent a growing mass movement or to ensure the successful implementation of the new policies to be implemented, the fascist state attacked the prisoners in order to prevent a possible opposition. Thus, the attacks on prisons cannot be reduced to the policy of isolation, submission and extract information on communist and revolutionary prisoners. It must be a part of a more comprehensive attack on the people.

When the matter is understood, the attack on the state and the resistance line of our party in prisons is better understood. For example, during the fascist junta, thousands of people were put in prisons and revolutionary and communists were forced to submission. On the background of this fascist coup, there lies the policy of imperialism towards the submission and defeat of the struggle of the communist movement and suppress the people who would oppose the new economy policies put forward by imperialism.

Our party has been in resistance in various forms and contents in all areas against fascist attack on prisons during the fascist junta of 12th September 1980. From Istanbul Davutpasa to Metris, all prisons of Istanbul to Amed followed a line of resistance which sometimes increased and vice versa without a submission to the enemy.

For example, our Party cadres participated in the “1982 Amed Death Fast”. Similarly, our Party participated in the “1996 Death Fast” resistance and 2000-2002 Death Fast which was from 10th December 2000 and 28th May 2002. On this great resistance our leading cadres Muharrem Horoz and Party member Nergiz Gulmez left us by writing a golden page to our history as honour monuments of our party and revolution. While martyrs fell as a noble example of resistance against the bourgeois-feudal fascist state and their forced sanctions under their siege, dozens of our comrades became veterans in this resistance.

Our Party history is also the history of escape from prisons. When we look at the history of our party’s struggle that is close to half a century, we see that there are many prison breaks in various forms and contents, and the escape actions. (as in Armenak Bakır’s escape). It can be said that those prison breaks which were successful has an important and special place on the history of the revolutionary movement of Turkey. In almost all these organizations, the work of the staff and militants of our Party can be found.

Our Party has created a tradition of escape from prisons. When speaking of prison breaks giving only few examples would prove what is claimed.

For example, based on the unity of action, Istanbul-Uskudar Toptaşi Prison escape was organised through a successful military operation from outside, and Armenak Bakir was kidnapped after the armed conflict from the hospital in Izmir. In the escape from Nevsehir and Kayseri Prison, from Bayrampasa to Umraniye Prisons, in large and small tunnel excavation or other forms of prison break; the work of our party militants, sympathiser and the supporters of the Party can be found.

As a result, our Party, with its theory and practice, vanguard of the Proletariat of Turkey of Turkish, Kurdish and various nationalities and sects in Turkey and Turkey Kurdistan is a humble brigade of the world communist movement.

The Constitution of Communist Party of Turkey Marxist-Leninist 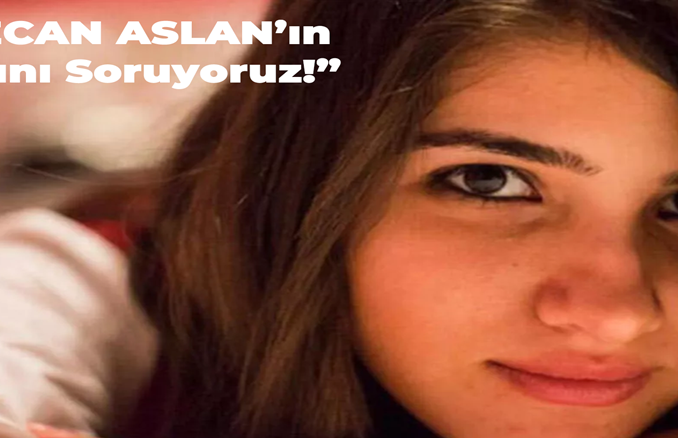 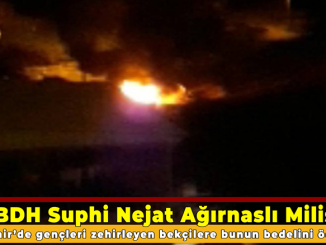