Our Organized Struggle Will Bring the End of Fascism, Patriarchy and the System of Exploitation!

In these days when March warms the air both ecologically and socially, we left behind another year with a pandemic that shook the world and how the neo-liberal exploitation order which has experienced crisis after crisis, tried to use the pandemic as a band-aid.

This time period corresponds to an unforgettable period in the minds of the peoples of the world and will continue to do so. Because we are going through a period in which the failed cries of “we are on the same boat” by the bosses and states were to protect the interests of the capital, the wheels of capitalism, the states, and the patriarchy but not the working class, popular masses, the poor, and the disadvantaged. Thus, the class differences become clear and sharp, and the abyss deepens.

The response of the peoples of the world to this deepening is resistance and struggle. From the Lebanese workers-laborers who broke the fear of pandemics by saying “We die from the virus in the street rather than starving at home”, to the peoples of America and Latin America who filled the fields by saying “Black lives matter”, from the Indonesian worker-labourer-youth who filled the streets against privatization and right down to the Indian peasants and farmers who held the main arteries in the country with a billion population for months. This response was powerful and shocking.

Women workers-laborers, peasants, the poor, the unemployed, students, young people take their place on the stage of history as sources and inspiration for this power. On the one hand, women inspire resistances as one of the most dynamic segments of these resistances. On the other hand, women are inspired by the unified and uninterrupted struggle against the aggression of the patriarchal order against their hard-earned gains under the mask of the pandemic, as well as their orientation towards the goal by combining differences.

Women being the first target of increasing poverty with pandemic and deepening insecurity, leaving the burden of care of elderly-children-households on women, escalating male-state violence as an attack on all rights of equality and freedom, especially the right to life, has been turned into a powerful weapon of the patriarchy. Thus, women’s rebellion is spreading from one country to another.

We are here! We exist! We Will!

It is not surprising for us women that women, whose existence has been denied even since the emergence of private property and whose existence is debated, are a source of inspiration for the resistance of the peoples today. Because even though we are written “in invisible ink” on every page of history, we always were!

We were on the ranks in Spartacus’ rebellion! We were there as witches burned in medieval darkness! During the 1800s, when capitalism created itself through brutal exploitation, we were in the working class, exploited, sleepless-hungry and slave labour. Parallel to these conditions, we were the ones who earned less than male workers, left factory production and returned home to our reproduction area. That is why we were in the fire in New York, in our fight for equal pay for equal work, reduction of working hours and improvement of working conditions.

We were in every moment of all struggles for freedom, revolution and socialism, from the Soviets to China, to the war in the jungles of Latin America, to Vietnam! In 1910, with the proposal of Clara Zetkin, when March 8 was declared as International Working Women’s Day, we were there with our heads high and our hearts in our hands!

We were always HERE!

Today, as the witches of the “modern world”, as women who defend our body, identity and labour against sexual, national and class exploitation, WE ARE HERE in every field of struggle.

We fill the streets against harassment-rape-abuse by shouting “we will not lose another woman” against massacre every day and “my body, my decision” against abortion ban. We resist the exploitation of our labour in the strikes, not just for equal pay, but for the decent wage of the entire working class.

We are at the forefront of the war against exploitation and occupation in India, Nepal, Rojava! We do not drop our eyelashes against those who turn the pandemic into an opportunity and looking to steal our rights, appoint trustees to our municipalities and universities, we look up. Because our eyes are on our freedom!

We know that by organizing our power, we will gain this freedom through the struggle we wage to abolish the private property order, along with patriarchy. WE HAVE EXISTED TO THIS DAY, WE ARE HERE today, WE WILL EXIST tomorrow too! But as is the case with everything, our existence is not the same as before and tomorrow will not be the same as it is today. As the Communist Women’s Union affiliated with the TKP-ML, which is the subject of the women’s freedom struggle, with the perspective of protecting its past and present, with its efforts to make its existence more visible, with the experience of our comrades who have lost their lives in the struggle until today, with insistence, hope, with the struggle, we are stronger, more determined and equipped.

They did not give it, we got it; they will not give, we will take!

We have a promise to all women who created and sustained March 8: We will break this wheel of exploitation, we will tear down their palaces, we will destroy the patriarchy! For this, we call on all women to organize and to fight shoulder to shoulder in the ranks of our Party and the Communist Women’s Union.

If Women Participate, There Will Be Revolution, Women Are Saved by The Revolution! 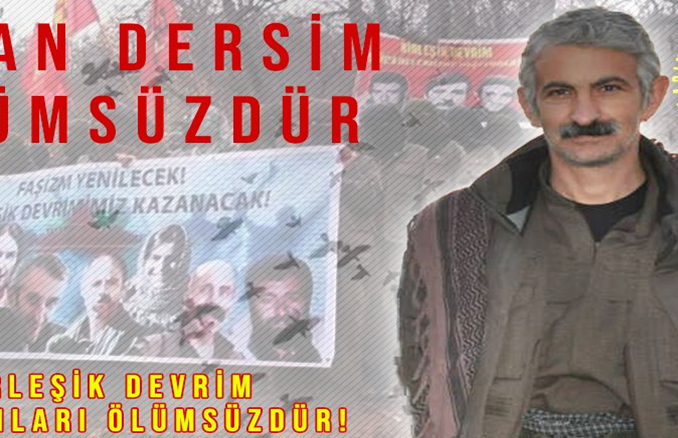 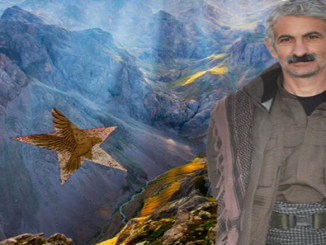 TKP-ML CC Polit Bureau: HAPPY 49TH ANNIVERSARY TO OUR PARTY ESTABLISHED IN THE LIGHT OF THE PARIS COMMUNE! 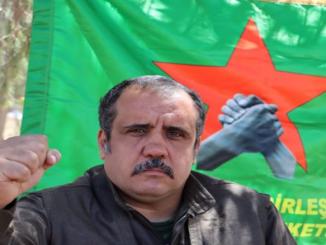