We condemn the massacre of Julius Giron, one of the leaders of Communist Party of Philippines!

The Memory of Comrade Ka Nars Will Live in Our Struggle!

As TKP-ML, with anger and grief, we condemn the massacre of Communist Party of Philippines central committee-polit bureau member, comrade Julius Giron (Ka Nars) alongside with his doctor Maria Lourdes Tangco and her assistant.

Like all fascist governments of the world, the Philippines state tries to hide behind lies such as “they opened the first fire” and “killed in conflict”, after massacring unarmed revolutionaries. But no power can afford to hide the facts! This planned murder is also an expression of the Philippines fascist regime’s desperation against communists.

The murder of Comrade Ka Nars, who devoted much of his 70-year life to the Philippines revolution, has added yet another to the crimes committed by the Duterte regime against the people and revolutionaries. We are proud of the memory and struggle of Ka Nars, who has been a member of the Communist Party of the Philippines since 1971 and who has taken great responsibilities within the Party, who was arrested during the martial law of Marcos, and who actively struggled to be a communist despite all kinds of torture, and then actively struggling again after escaping from prison. His memory will live in our struggle!

On behalf of TKP-ML, we express feelings of friendship and solidarity with the Philippines Communist Party!

Revolution and communism martyrs are immortal! 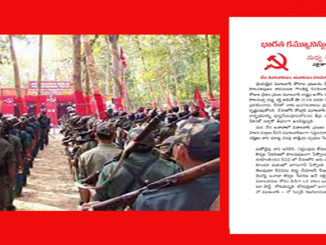