TKP-ML; Turkey of the various nationalities of the proletariat, as the pioneer and leader of the political party that guide the theory of Marxism-Leninism-Maoism, by Ibrahim Kaypakkaya was established in April 24, 1972.

TKP-ML; 20. With the development of the working class in the twentieth century, the early Ottoman lands in the Balkans, the communist organization is in Istanbul and Anatolia and again with the 1917 October Revolution, falling prisoners in Russia Turkish soldiers and refugees resulting work It was established as a continuation of the TKP, which was established with the First Congress held in Baku on 10-16 September 1920, with the participation of delegates representing communist organizations.

TKP-ML has nothing to do with T "K" P, which became a revisionist after Mustafa Suphi.

One of the most fundamental factors in the emergence of the TKP-ML is that the working class and mass movement that developed in our country after the 1960s came together with the Great Proletarian Cultural Revolution in China and its effects that shook the world. After the murder of Mustafa Suphi by the Kemalists in the Black Sea, the BPKD has a decisive influence on breaking the 50-year reformist revisionist silence that the communist movement has entered into and the communist movement's rise again in our country.

TKP-ML; bpkd'n the product as a party in Turkey and Kurdistan geography oppressed, exploited, exposed to genocide, massacred Turks, Kurds Armenians, Greeks, Arabs, Laz, Circassian et al. it has emerged as the heir of the rebellion and organization accumulation of nations and nationalities.

The TKP-ML established its own organizational independence in the fight against the revisionist TIIKP, which it emerged from, under the military coup of March 12 and the subsequent martial law conditions; It determined an ideological, political, organizational and military line through five basic documents and explained its establishment.

One year after the establishment of the TKP-ML, in the middle of 1973, many cadres and fighters were lost as a result of the murder or arrest of Ibrahim Kaypakkaya, the founder of the party, in Amed dungeon by torture and also in clashes and tortures such as Meral Yakar, Ali Haydar Yıldız, Ahmet Muharrem Çiçek and the party headquarters. it suffered a heavy defeat, losing its structure.

With this defeat, the party entered the regional era. This process ended with the realization of the First Conference of the Party in February 1977, under the leadership of the Organizing Committee established in mid-1978. Under the conditions of the September 12 Military Fascist Junta in January 1981, II. Holding its conference, TKP-ML suffered its second heavy defeat in the face of the attacks of the September 12 fascist junta.

TKP-ML Party VII. Conference held in the summer of 2002 and in January 2007, VIII. It held its conference. 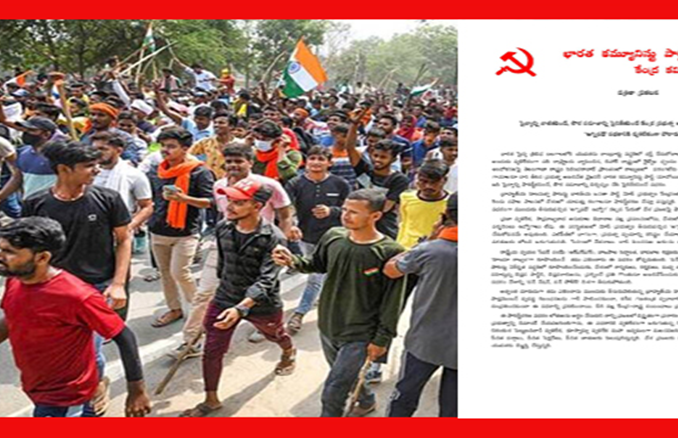 CPI (Maoist) MK: Agnipath is part of a plan to impose fascist Nazism in India

INTERNATIONAL
June 25, 2022 CPI (Maoist) MK: Agnipath for part of the plan to impose fascist Nazism in India comments are off 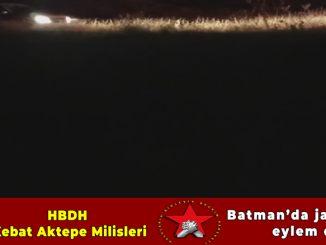 General Council of the Women's United Revolutionary Movement: WE WILL NOT GAVE THE Occupation!

WOMEN
June 15, 2022 General Council of the Women's United Revolutionary Movement: WE WILL NOT GAVE THE Occupation! for comments are off 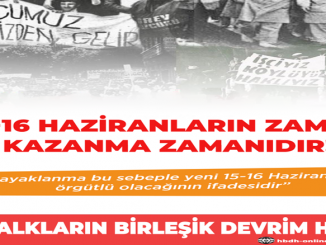 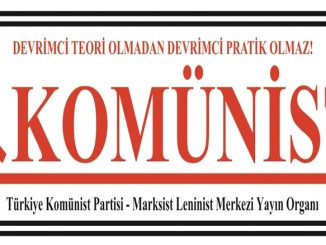 The Situation in Turkey: Decay and “Collapse!”

POSTS
June 14, 2022 The Situation in Turkey: Decay and “Collapse!” for comments are off